Vimove, how changes the way of producing and interacting with video contents 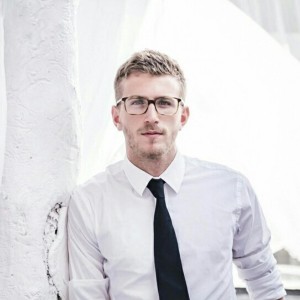 Co-founder and CEO of Vimove

We live in the age of content and communication, it is now a fact. It became necessary for us to communicate everything that happens in our lives with a simple click. It is enough to choose the right hashtag, an Instagram Stories or a status on Facebook, to reach out to all our friends all over the world.

If we start using our creativity when we post something, it is inevitable to desire that our content doesn’t get limited to friends and relatives, but extends to all those who could find in our creativity a form of “entertainment”.

Entertainment is the most valuable currency to be exchanged in the 21st Century. Entertain me, do it well and I will pay you with my attention.

In fact, this is what happens in the world of social networks and giants like Youtube have long understood it creating their own empire on top of it. Content creators constantly publish original videos online and communicate their creativity, reaching millions of followers with a simple video. Today, the new generations want to become successful YouTubers and famous Influencers, this huge amount of Content Creators has led to the creation and release of such a large number of original contents, that there are too many videos to watch even for 7 billion people’s attention.

That’s why it happens to be always more and more difficult to find the way to success with our creations. Too often, in fact, shallow contents are the ones standing out despite the little pearls that would be worth discovering and watching because, but that we don’t know about. If we consider the whole amount of videos uploaded online, we are talking about a number of contents that far exceeds all those ones produced by every single television channel that has existed since the birth of Tv to date. Incredible right?

But if the most valuable currency of this century is people’s attention for real, and if a video is really capable to capture this new “digital gold”, then, the huge amount of contents is a resource.
Something perfect by its nature to be a container for advertising.

That’s why most video platforms are based on advertising revenue models. However, such business models often do not reward quality as much as quantity. And this is why those valuable contents that we called “pearls”, hardly find their own space in the huge ocean of shallow video contents that populate the web.

From 2018 we have learned that advertising-based business models do not reward certain types of contents, including informative videos.

These latter are often considered by algorithms to be controversial and risky for an advertiser. Just think of the simplest information: news or political contents etc. The result is a general demonetization on all these types of videos that, instead, would allow the final viewer to freely discover what is really happening in the world.

That’s why, more and more Creators find it difficult to support their business, despite being followed by hundreds of thousands of people who love their way of entertaining and who interact with their videos on a daily basis.

The gap between very low-quality videos, which can go viral generating millions of euros, is huge compared to high-valuable ones, which on the contrary, finds it extremely difficult to get a fair monetization.

But who is really able to give value to a content?

Back in 1300, Dante Alighieri wrote “the Love that moves the sky and the other stars”, in 2019, to move the web, there are not only those ones who put their money into the system, therefore the advertisers, but, above all, the communities, people spending their time watching contents.

Individuals who enjoy the content give importance to the content itself and, consequently, to the youtuber. Online Communities’ attention is the currency of exchange without which the whole system would collapse.

But if communities are so important, why not consider them together with content creators, real partners?

The way to create value has drastically changed, more and more often those who create something try to do it together with those who will benefit from the final product. We believe that there is a need to create a dimension where creators and viewers can become the true engine for creativity. We want to start thinking of Youtubers and their community as a single organism, a production company that produces original content every day and distributes them to its audience in a virtuous circle.

The world of content creation has changed dramatically in recent years. Looking for original contents has become an obsession for all the big players on the market, just think of Netflix, Amazon Video, Apple TV, Disney +, HBO originals, Hulu, etc… there’s a need for something new. And we might have a solution.

Innovation is the goal we are trying to achieve with Vimove.

But what is Vimove and how does it Work?

Vimove is the Crowdfunding for video productions that guarantees royalties to those who participate in supporting a project. We made it for Creators who want to finance their exclusive projects and for anyone who wants to become their Partner in the project. Every time contents are sold, community and Creators earn together.

Vimove aggregates quality video projects by putting the content and its goodness at the centre of everything. We have created a system that gives value back to the communities that daily follow their favourite “YouTubers” and their creations. Quality is the real economic engine, our Northern star!

The solution, a Royalty Crowdfunding system where anyone can become co-producer of a video, simply supporting it and acquiring a “participation” during its creation phase.

Simple right? Let’s imagine the Filmmaking industry where, before being able to make a film, the director, with a script in his hands looks for producers. good luck with that! With Vimove, anyone and at any price can become a producer of what he considers an interesting project and we make fundraising easier for Filmmakers.

A Win-win system that winks at platforms such as Patreon, Twitch and Youtube.

If these communities of viewers are the main engine of billion-dollar businesses such as advertising and content creation, they are also the key that activates this mechanism.

That’s why we ask ourselves:

With Vimove, any Creator, Youtuber and Filmmaker who wants to produce his/her next video can do it and monetize his idea from day zero, simply sharing a percentage of royalties on the project itself with his/her supporters.

Imagine that you want to make a cake and that you need 5 euro to cover the whole budget to buy the ingredients. You will ask 5 friends to contribute with 1 euro each, in exchange for a slice of cake or, once the cake will be sold, in exchange for the profit generated by the sales. Thanks to our new partners we will be able to cook our dessert and push it into the market. Vimove is the tool that allows us to collect the missing budget and the “counter” where this cake will be sold to the public, if anyone  will buy it, people who supported its preparation will earn their portion.

In Vimove all those who decide to support a video, will not only have the right to access the content in a totally exclusive way but, they own a portion of that content making them real producers. When and if the video generates a profit, everyone will receive their percentage depending on how many “slices” of that video they own.

Vimove is a democratic system in which communities choose what to produce and what to see before the content is realized. In this way we allow the Creator to find a budget from day zero to be free to create. We transform the concept of production as we understand it today and we give the power to decide what deserves to be created to those who will watch the video at the end.

For the first time, importance is given to those who spend their time watching videos, making them an active part in a new ecosystem.

For the first time Creators and Community earn together.

How do I monetize on Vimove?

Vimove focuses on quality contents, Vimove isn’t the platform for everyday videos, for that purpose there is Youtube and we don’t want to take its place… Vimove is the platform for big events, when you want to launch an exclusive video or an ambitious and high-quality video production that will necessarily need a budget. A tool to create a strong bond with those who follow us and love what we do.

contents co-produced on Vimove can be monetized in two ways:

1) Selling to Publishers, Broadcasters and Channels: once you produce your video, you can use Vimove as your online distribution channel and we will try to license it to Publishers and Broadcasters dividing the profit between the Creators and their Community of co-producers.

Vimove allows those who constantly search for new contents and formats to fill up their daily schedules, to buy products already validated by an exclusive niche of co-producers and viewers. The advantage?

Because there is a need to move away from the Advertisers by strengthening the productive and creative system.
We want to get away from today’s monetization systems that seem to want to impose what to look at. Because there is a need to empower those “actors” who really move the whole system, the viewers! Because we want to allow the end user to choose what to watch and what to produce, in total freedom and according to their taste. Because we want to give to video creators and Youtubers a way to forge a stronger and lasting bond with those ones who daily follow them.

Let’s imagine a Netflix made from original content co-produced by the best Youtubers and their best communities.

Here it is why.

Vimove,
Video moved by you

Vimove, how changes the way of producing and interacting with video contents

This is an necessary category.

This is an non-necessary category.